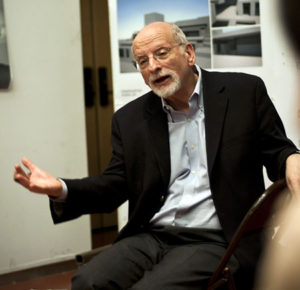 Richard Scherr is an architect, an instructor of architectural design for over 4 decades, an author on design theory, and currently practices as a sculptor in upstate Hudson Valley.

Mr.Scherr received his B. Arch. Degree from Cornell University (with Phi Kappa Phi Honors) and a M.S. Arch. (Spec. Urban Design) from Columbia University. He has been a practicing architect in Texas at New York since 1980. His design work received awards from the Dallas AIA and the Texas Society of Architects. As a Director of Facilities Planning and Design at Pratt Institute (1999-2014), he designed over 40 Renovations in Brooklyn and Manhattan, and his design for the Prattstore Building received the Building Brooklyn Award in 2005, and is represented in the book: 101 Cool Buildings: The Best of New York City Architecture 1999-2009, ed. by Richard McMillan.